Valentine is the fourteenth episode in the first season of The Secret Circle. It aired on February 9, 2012, attracting 1.82 million viewers and was the first Valentine's Day special of the series.

Faye and Melissa celebrate Valentine's Day by hosting a girls-only, anti-Valentine's Day slumber party with Cassie and Diana. The night takes an unexpected turn when Melissa offers Diana some "Devil's Spirit". This causes Diana to open up to Lee, who crashes the party to help Faye increase her own power. Cassie seeks the help of Adam and Jake after she becomes haunted by the spirits of some witches.

Faye: "I wear slinky lingerie because I like feeling slinky."

Faye: "Oh! I totally forgot it was Anti-Independance Day!"

Diana: "Before the pizza guy gets here, we are gonna do a spell to make him hot...And when he gets here, I'm going to make out with him!"

Faye: "Have you sluts ordered another pizza guz?" (to Melissa and Diana)

Diana: "You're the most sacred witch in all the land!" (to Cassie) 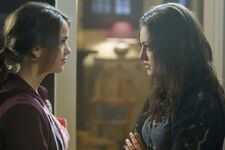 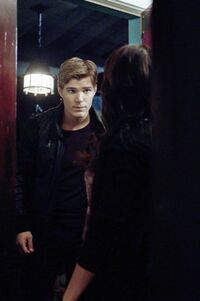 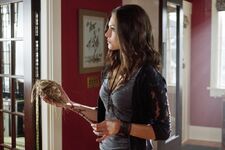 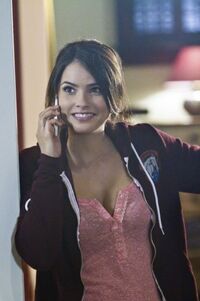 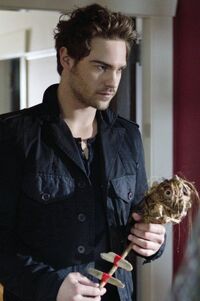 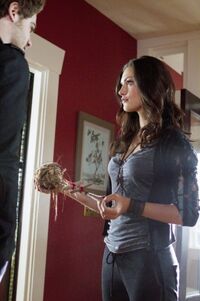 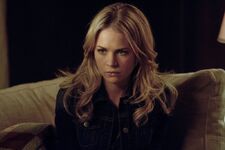 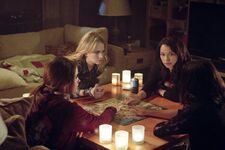 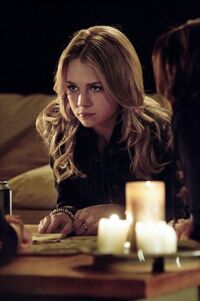 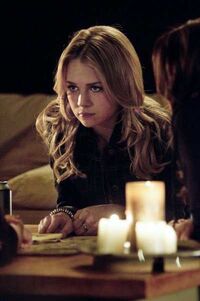 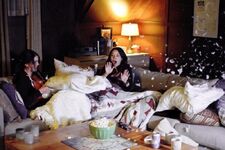 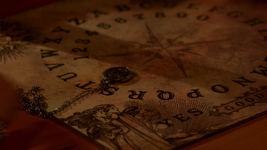 Spirit Board in "Valentine"